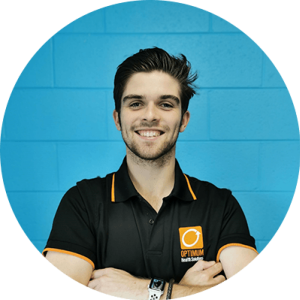 METABOLIC SYNDROME: WHO IS AT RISK

‘Metabolic’ in the medical world can be translated into the processes involved in the body’s normal functioning.

Metabolic Syndrome [MSyn], formerly known as Syndrome X, is not considered a chronic condition in sense, but more known as the collection of risk factors that are known to increase the risk for an individual to develop:

HOW COMMON IS METABOLIC SYNDROME

MSyn is becoming quickly becoming a common diagnosis in a doctor’s surgery, globally. One study, The Australian Diabetes, Obesity and Lifestyle Study, which was released in 2000, discovered that 19% of Australians, over the age of 25 years, had the risk factors for MSyn. From a more global sense, according to the International Diabetes Federation [IDF], its thought to be around 20-25% of the world population have MSyn, when diagnosed with MSyn, the individuals are twice as likely to suffer from a fatal myocardial incident [ie. Heart attack/Stroke] and three times as likely to have a serious myocardial incident, compared to a healthy population.

People with MSyn are also 5 times as likely to be diagnosed with T2DM, adding to the 230 million already diagnosed population.

These risks factor can either be traits, other conditions and/or habits that increase the individual’s chance of developing a chronic condition [ie. Heart Disease]. There 5 main risk factors [as seen below] to be considered when diagnosing someone with MSyn. The manifestation of 3 of the 5 risk factors is required for a diagnosis. It also requires waist circumference to measured, comparing norms to specific ethnic and nation specific populations.

EXERCISE PHYSIOLOGISTS CAN HELP YOU GET MOVING

Exercise Physiologists can help individuals with a range of health conditions by  creating personalised exercise programs including onsite gym and home based activity options.