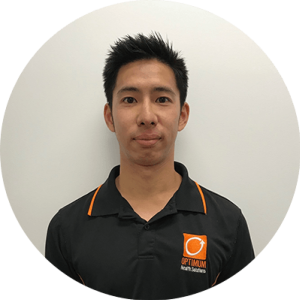 How Exercise Enhances The Life Of Those Undergoing Cancer Treatment

It may seem controversial to exercise during cancer treatment or when diagnosed with cancer, but the direction of one’s health can further alter depending on whether exercise is involved in their life or not. It is strongly backed by clinical studies that significant benefit from regular exercise after cancer improves well-being and disease outcomes.

Cancer treatments can be the direct cause of negative side effects on someone undertaking such treatment. Treatments can be the direct cause of negative effects on body composition, increased fat mass, bone mass loss, reduced lean mass, and decreased physical functioning and health-related quality of life. As mentioned in my previous articles, exercise, especially resistance training, offsets or improves each of these detrimental effects on the body. With maintained or improved muscular strength during and following cancer treatment, improved muscular strength not only translates into improved functioning but also improved lean mass and decreased fat mass (1).

Regarding energy metabolism and insulin resistance, long has it been established that plasma insulin levels are reduced with exercise leading to improved insulin sensitivity levels in the general population and athletes. Although, this biochemical response has also been reflected in studies looking at breast cancer survivors undertaking exercise intervention. Even in men undertaking androgen deprivation therapy, randomised controlled trials have also demonstrated the effect of exercise improving glucose metabolism and insulin sensitivity which is very important considering this population have an increased risk of metabolic syndrome (2).

Increased risk of cancer and progression of the cancer is also associated with high cholesterol levels in the blood. With exercise complimenting dietary modification, weight can be controlled, and serum triglycerides and total cholesterol levels are lowered as well as improvements in the ratio of HDL to LDL (2).

Of course, one of the most crucial aspects of cancer diagnosis and treatment is the individual’s psychological well-being. Not only is it distressing, but radical cancer treatments can lead to depression and anxiety which is closely linked to reduced survival rates following such treatment. However, regular exercise plays a major role and is optimised when combined with healthy eating, mindfulness and relaxation programmes to help lower fear of relapse, alleviate mood, and lower anxiety levels. The mechanism to which exercise fights depression is not currently well established, however, hypotheses are that it provides a mental distraction,  improves compliance to medical interventions, rises in core temperature and increased release of endorphins (brain chemical that helps reduce our pain perception) and monoamines (2) (neurotransmitters – Dopamine: movement regulation, cognitive processes; Noradrenaline: arousal, cardiovascular effects, concentration, attention, memory, learning; Serotonin: smooth muscle function, regulation of blood pressure, peripheral and central nervous system function (complex behaviours)).

Overall, strong physical and psychological health is very important for individual’s undergoing or about to undergo treatment for cancer, as well as the people close to them and treating practitioners. Exercise programs prescribed by Accredited Exercise Physiologist’s are well perceived and tolerated by this population thus enhancing their health-related quality of life through improved physical functioning and mental well-being.